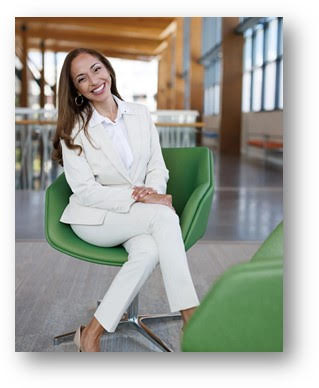 In more than two decades of public service, Karla Radka has been a tireless advocate, leader, and agent for positive change in Central Florida. Since taking the helm of Senior Resource Alliance in 2019, she has also been instrumental in expanding access to services that support dignity, wellness, and independence throughout life.

With over 25 years of experience in business development, nonprofit management, health and social issues, and community impact, Karla has a wide skillset and a track record of outstanding results. She has continued to build on that expertise by earning a master’s degree in counseling and later receiving a mini-MBA at Rollins College Crummer Graduate School of Business.

In her personal life, she supports charitable causes as a volunteer, consultant, board member and leader. In 2004, she co-founded Hope Now International, a charity organization serving diverse humanitarian causes in Central Florida and around the world. She has also served on the boards of MetroPlan Orlando, Community Health Centers, The Collective, Homeless Services Network of Central Florida, and regional Commissions on Aging.

Karla’s achievements have been recognized through multiple awards and honors over the years, including: Public Allies Central Florida’s “Lifetime Service Award”; the Don Quijote Awards’ “Professional of the Year” in 2015; the Women’s Executive Council “Community Impact” Award in 2017; Orlando Business Journal’s “Women Who Mean Business” Award in 2015; and in 2018, Orlando Magazine‘s “Orlando Woman of the Year.”

She has also shared her expertise as a guest lecturer at Rollins College, and as a panelist and keynote speaker at national and international conferences, including the Area Agencies on Aging, National Resource Center on Nutrition and Aging, the World Economic Forum, the Aspen Institute, the Collective Impact Forum, The Female Quotient’s legendary Equality Lounge® and the Opportunity Collaboration International Conference.